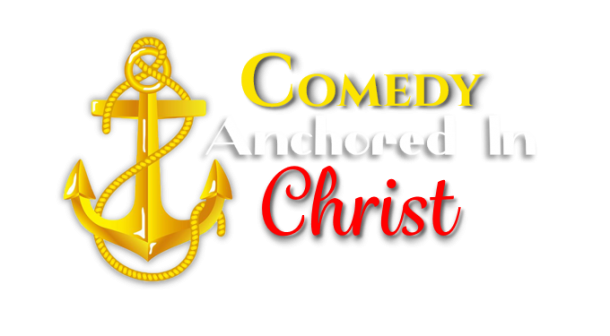 Since 1998, Mother Jenkins has been putting the “holy in ha-ha”. Born as Tamara Jackson, Mother Jenkins used the character to express her unique brand of Christian comedy at her home church in Cincinnati, Ohio.

Tamara shared her sense of humor at her church’s weekly Bible study. Her gift to laugh and to make others laugh became a part of the Bible study curriculum. Tamara’s timely skill in delivering jokes and her sense of humor was in demand before and after the lesson. Her love for laughter for the kingdom was born. One day one of the members asked her if he could approach the pastor about having her perform her comedy for the whole church.

“Then the pastor said yes. But when it came time to get up and do it, I was too scared to go up and be myself; so I came up with the idea of Mother Jenkins,” Tamara said. “Mother Jenkins is a stylish old ‘church lady’ who knows how to see the funny side of life.”

In both December 1998 and 1999, the wit of Mother Jenkins was written into the church’s Christmas play as a character. In February of 2000, her pastor decided Mother Jenkins should make a surprise guest appearance before the sermon at regular morning service. Her laughter was a jolt that encouraged the listening audience to be engaged in the word of God from a very humanistic approach. That was Tamara’s first “stand-up” comedy appearance as Mother Jenkins.

Mother Jenkins just “took off” from there. Her reputation, just like laughter, came with a welcoming spirit that keeps her humble to this day. Mother Jenkins’ ability to relate to her audience has led her to minister in many churches, the community and entertainment events.
When I was in Atlanta, people kept telling me that I should be a stand-up comedian,” Tamara said. ” But I was too afraid to try. I’m so happy that God saved my comedy until I came into his Kingdom. Now I use it for his glory.”
As Mother Jenkins’ demand grows, Tamara shares everyday life experiences to draw a parallel to characters and stories in the Bible. Her audience, mostly adults, is in keen tune with Mother Jenkins because of their rearing in the home, the community and/or the church. She paints a picture in her attire and delivery of words and energy.

Watch and listen to live testimonies of fans and supporters of Mother Jenkins’ ministry.